Return of the Magdalene Flame

The Return of the Magdalene Flame 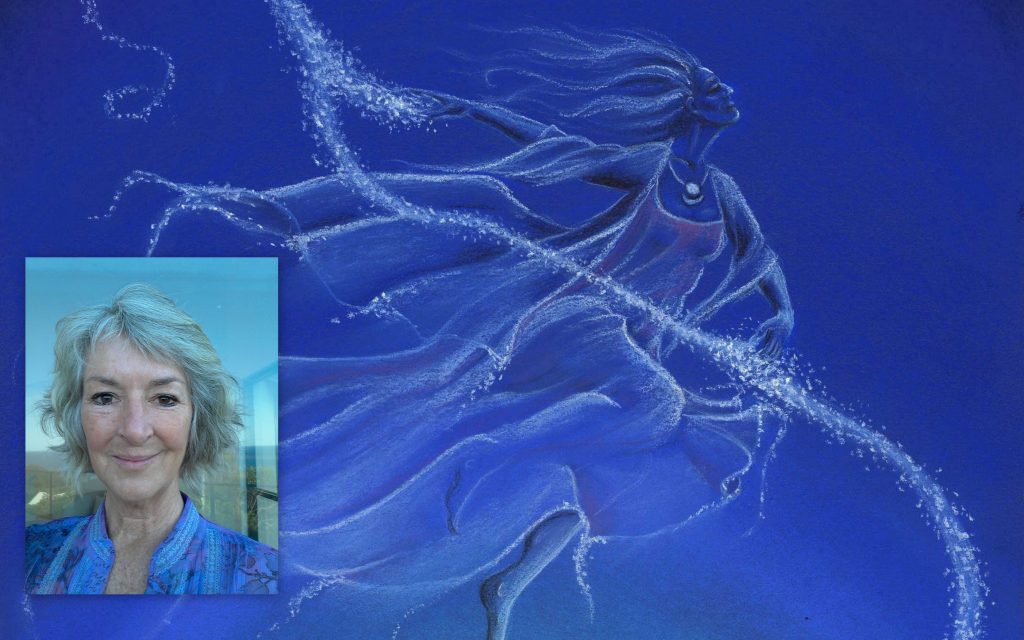 A flame of exquisite gentleness and love returned to Earth.

Early Christmas morning of 2004, I awoke to feel a blanket of warm energy lying on top of my body and I heard the words spoken to me “The Magdalene has completed her circuit around the Earth, she has fully returned”. As soon as I became aware, the warm energy blanket lifted off and left.  Feeling gifted with this information I wondered why I had been given this information.   I remembered the time several weeks previously when the Magdalene flame was first birthed here in my area of Australia, in Currumbin at the bottom part of the Gold Coast of Australia.

An email arrived one day, on the cosmic internet link, channeled and written by Edwin Courtney, a well renowned British Spiritual Channel. The email told us all that on Sunday 14th November 2004 the Magdalene flame would return to our planet fully.  It was not known where the Magdalene would start her journey, but some would be ready to carry the flame strongly and others would start gently with it and pick up pace later.  She would make her way around the globe and would return fully to planet earth.  We were encouraged to gather together on that day and honor her return and be ready to receive her energy.  It being the embodiment of the Divine Feminine Ray, the Feminine Stream of the Christ Consciousness.  The understanding of the Magdalene Flame, comes from a lineage before Christ back to the Divine Sophia and was last known to be fully carried by Mary Magdalene & Mary the Mother of Christ upon the earth.   Both of these women are known now to have been trained in Egypt as high initiates from the temples of Isis, carriers of the feminine fire of God Source directly connected to the Divine Universal Mother.

This day in October, followed an eventful time known by light workers on the planet, where galactic doorway openings occurred within the alignment of 3 Pentagrams in the sky and a partial eclipse and a full eclipse.  It also marked the Opening of the Central gateway of the 11:11. The gate of ONENESS initiated by Soluntra King.  The opening of the central gate enabled the Magdalene flame to fully return onto planet earth and settle within the hearts and bodies of many.  At the time we wondered how much more changing we could take but there was more, much more.

The Return of the Magdalene email encouraged us to take time out to come together and make a day where we welcomed the arrival of the Magdalene. It was a Sunday and three days after Australia’s Anzac Day in November.  A friend of mine, a healer and a visionary from Brisbane joined me at my Currumbin Beach home for a couple of days and we gave that Sunday in celebration of the Magdalene’s return and were excited to see what would transpire for each of us personally.

As I sat that Sunday morning on my balcony, which overlooked a wildlife reserve, I breathed in the beauty of the wildlife.  My friend said, “Do you know what we need to do today?”  I replied “No”.  “We have to do the ritual of washing each others feet and anointing them with oils” she said.  So, I prepared a blend of essential oils and carrier oil and a bowl to wash our feet and several soft towels, then put on some gentle music for our ceremony.

Quite recently I had become a channel for a Goddess from Sirius and was speaking in light language and singing ancient healing songs.  As I stared to wash my friends feet, my Goddess “The Enchanted One” came in and started to sing in Ancient songs of the time of Jesus.  During the washing of the feet, the love that emanated throughout my body was exquisite and I was aware of her feet being weary dusty feet in sandals.  I was honoring her feet that had traveled so far and through so many lifetimes.  At times it felt like I was singing the song of the weary traveler.  When I anointed my friends right leg with oils, she experienced a previous lifetime where she had been a King and much healing occurred for her.  Then I changed over to gently massage the oils onto her left foot and lower leg and this time she received balance and healing to feminine lifetimes.  When my part of the ceremony was complete, we changed roles and I received the love and healing from my friend on many levels as she washed, cleansed and anointed my feet.  I felt the energy move through me rather than receiving visions and much healing occurred.

It was very hot on that Sunday in November and after the beautiful experience in the morning, we decided to go for a swim in the pool.  The energy of love and connection to the Mother stayed with us as we floated in the water.  I felt the warmth of the water on the top to be like liquid velvet and experienced a divine sensation of totally being supported and nurtured by the Universal Mother. Cocooned by her love. This love and nurturing stayed with us for the completion of the day and we walked on the beach under the stars, blessing the beauty and the feminine stream that we received that day.

Over the past three years I have become a channel for the songs of the Universal Mother and she has assisted me to bring forward a new way of clearing Karmic and Genetic patterns that she dissolves with her love.  A gentle nurturing and supportive way of changing outmoded conditioning. The old conditioning is no longer supporting us towards becoming a “lightbody” Divine Human. To become  “lightbody” it is important for humans to clear their emotional and mental distortions within their etheric and cellular matrix.  My work is dedicated to assist us all to do this.

I understand that the “Return of the Magdalene Flame” is a growing and building occurrence necessary to bring balance upon a planet that has been functioning from a Patriarchal system that supports rational thinking as the way to educate, run business and function in society.  I support the belief that with the birth of the Golden New Age is the birth of a new Education System, a new Financial System and a new System of Government in the future.  A future beyond my own lifetime but that we are paving the way to a positive and future of light and peace.